The University of Georgia, in collaboration with USDA-ARS, has a long history of supporting plant breeding that preceded the establishment of the Institute of Plant Breeding, Genetics and Genomics.

A few of our stories demonstrating the impact of plant breeders within the discipline and beyond can be found below.

Lifetime Achievement
Glenn Burton
In a career spanning more than six decades, most of which was spent as a professor at the University of Georgia’s Tifton campus, Burton established himself as one of the world’s most prolific agricultural scientists. You don’t have to search long to find one of his creations.From championship golf courses and international venues like the Olympics and the World Cup to the turf that adorns the playing surface in UGA's Sanford Stadium, Burton created new grass varieties that have become the international standard for excellence in the sporting world.
Read More
Lifetime Achievement
Joe Bouton
In this video, Dr. Hancock interviews Dr. Joe Bouton, UGA Professor Emeritus and former Senior Vice President of the Noble Research Institute, on the occasion of him being awarded the "Giant of Agriculture" award at the Crop Science Society of America's annual meeting in 2018. This retrospective covers his career and personal reflections.
Lifetime Achievement
Wayne Hanna
University of Georgia scientist Wayne Hanna has received his share of awards, but he says there’s something extra special about the Lifetime Achievement Award he received at the National Association of Plant Breeders (NAPB) annual meeting on Wednesday, Aug. 28. “I think the biggest satisfaction that comes from winning the award is that the efforts in Tifton are recognized and acknowledged,” Hanna said.
Read More
Lifetime Achievement
Roger Boerma
Roger Boerma, former professor of crop and soil sciences at the University of Georgia College of Agricultural and Environmental Sciences and current executive director of Georgia Seed Development, recently received the 2013 NAPB Plant Breeding Impact Award from the National Association of Plant Breeders and the Plant Breeding Coordinating Committee.One of the organizations’ most prestigious honors, the impact award recognizes an individual who has made significant advancements in the field of plant breeding in the area of applied variety and/or technology development, causing a measurable impact on crop production. It also recognizes the individual’s exceptional accomplishments in teaching and collaboration. The presentation was made during the NAPB annual meeting held June 2-5, 2013 in Tampa, Fla.
Read More
Lifetime Achievement
Michael Dirr
The National Academy of Inventors has inducted Michael Dirr, professor emeritus of horticulture in the College of Agricultural and Environmental Sciences, into the 2014 class of NAI Fellows.Dirr, who is responsible for introducing 150 new plant varieties into landscapes around the world, is one of only two UGA faculty members to be inducted into the this year’s NAI class. He is the only plant breeder to be inducted into the NAI in the organization’s history.
Read More
Congratulations!
van der Knaap Receives 2020 D.W. Brooks Faculty Award for Excellence in Research
In research funded by the National Science Foundation, van der Knaap and her team have contributed important knowledge about the history of tomato by analyzing the genomes of multiple ancestral tomato varieties. This information is providing valuable insight into how the tomato crop has evolved over the millennia and her findings have implications for the evolution of other plants.
Read More
Faculty Spotlight
Best of Both Worlds
The wild relatives of modern peanut plants have the ability to withstand disease in ways that modern peanut plants can’t. The genetic diversity of these wild relatives means that they can shrug off the diseases that kill farmers’ peanut crops, but they also produce tiny nuts that are difficult to harvest because they burrow deep in the soil.
Read More 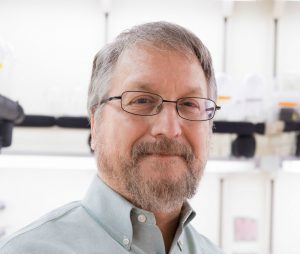 The 2020 American Seed Trade Association's Distinguished Service Award recognizes an individual or individuals who made an outstanding contribution to our industry throughout the year. 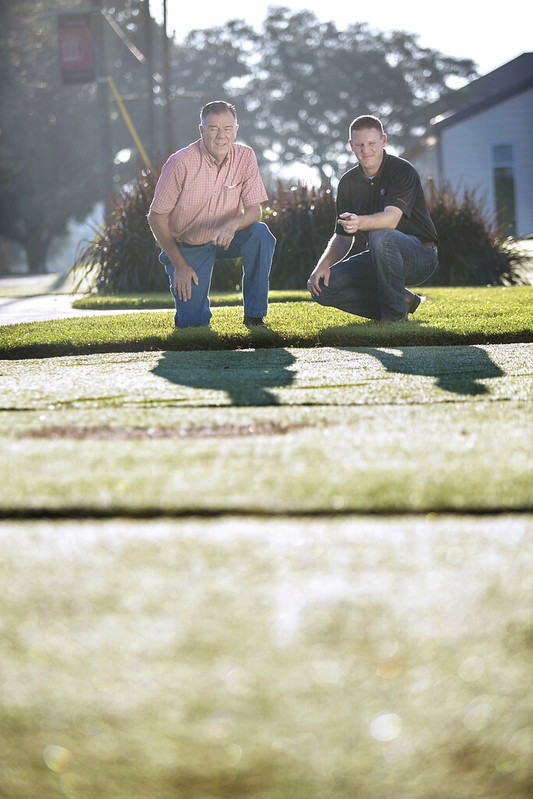 Dr. Wayne Hanna and Dr. Brian Schwartz received special legislative recognition from the Georgia House and Senate for the development of TifTuf turfgrass.

Featured Story
Georgia Mountain Endowment
For nearly 50 years, turfgrass researcher Wayne Hanna pursued his professional goals at the University of Georgia, first with the U.S. Department of Agriculture’s Agricultural Research Service (USDA-ARS), then as a full professor in the College of Agricultural and Environmental Sciences.
Read More 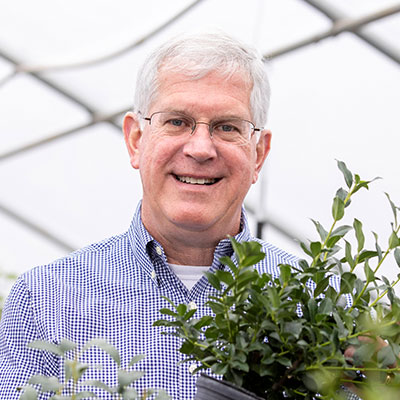 John Ruter is the Allan Armitage Endowed Professor of Horticulture and Director of the Trial Gardens at UGA. The research he conducts focuses on breeding and releasing herbaceous and woody ornamental cultivars and developing Camellia oleifera as a new oilseed crop for the United States.

His program has developed numerous ornamental cultivars with economic impact over the last 14 years, with more than 30 being licensed to companies in Georgia, across the United States, and internationally. Most notable of the licensed plants are Hibiscus and Ilex (Holly) cultivars, with useful ornamental traits for various landscape applications.

Previously, Ruter was awarded the D.W. Brooks Award for Excellence in Research from the College of Agricultural and Environmental Sciences. Ruter is a Fellow of the International Plant Propagators’ Society and an award-winning author of four books and over 500 scientific and popular publications.

The title of Distinguished Research Professor is awarded to faculty who are internationally recognized for their original contributions to knowledge and whose work promises to foster continued creativity in their discipline.

The Research Awards Program is sponsored by the University of Georgia Research Foundation (UGARF). Awards are given annually to honor outstanding faculty, postdoctoral fellows and graduate students, and to recognize excellence in UGA research, scholarly creativity, technology commercialization and entrepreneurship.
Read More